Shifting the arc of history

The elites kind of have a Martin Luther King, Jr. envy. Every generation want to have that moral quality, that sense that they are shifting the arc of history in a better way, even though we’ve generally done about as much as we possibly can to do that — in terms of within the possibilities (sic) of a liberal system.

Andrew Sullivan, interviewed on the Conversations with Tyler podcast.

"As much as we possibly can … within the possibilities of a liberal system" is perceptive — and ominous, since the impulse for "equity" may consider destruction of our liberal system a very acceptable price to pay.

It’s my hypothesis (in what I’ve called "Selma envy" in parallel with what Sullivan calls it) that part of today’s madness is that progressive organizations that achieve their ultimate objective won’t declare victory, close down, and move on. Instead, they dream up some new objective even when the new objective is, objectively, quite mad.

Most of the trans phenomenon seems to fit that pattern; why didn’t the Human Rights Campaign, for instance, wind up its affairs starting the day after Obergefell? As I recall, Andrew Sullivan — an early and influential proponent of same-sex marriage — has the same question.

Note that "Selma envy" is not meant to demean. The human desire for meaning is strong, and when so many religious options for meaning-formation have fallen into disrepute, both Left and Right may end up in crazy places.

Michael Brendan Dougherty steps away from the pages of National Review to voice white-hot objection to Pope Francis’ suppression of the Latin Mass.

If I were Roman Catholic, I think his piece would describe my position perfectly.

Of course, that’s a very big "if." Because if I were a Roman Catholic who had subjected himself to the Novus Ordo for decades, and had not availed himself of the Latin Mass during the blessed hiatus in its suppression sanctioned by Benedict XVI in Summorum Pontificum, I might have been "form[ed] … to a new faith," as Dougherty puts it.

I learned that the Latin language was not the only distinguishing feature of this form of worship. The entire ritual was different from the post-Vatican II Mass. It wasn’t a mere translation into the modern vernacular; less than 20 percent of the Latin Mass survived into the new.

A freshman religious studies major would know that revising all the vocal and physical aspects of a ceremony and changing the rationale for it constitutes a true change of religion. Only overconfident Catholic bishops could imagine otherwise.

I had written the preceding part when I came across an interesting phrase in Fraces Fitzgerald’s The Evangelicals: The Struggle to Shape a Nation:

… [Paul] Weyrich, a Catholic so conservative he joined an Eastern Rite church after Vatican II ….

The implication is that the Orthodox Liturgy (used in the Eastern Rite with different diptychs) is more traditionally Catholic than the Novus Ordo.

[T]hose who love the [Roman Catholic] Church’s traditions and choose to believe that she is truly the “perfect society” have, in actuality, zero power to preserve or protect her. They are left, therefore, with no choice but to obey papal innovations and be crushed, or to rebel against them, and thereby become the very opposite of what they espouse. Obedience to everything but sin is what the tradition recommends; rebellion against an unjust but not immoral order is anything but traditional.

Steve Skojec, Casual Saints and The De-Mythologizing of the Church – The Skojec File. H/T Rod Dreher.

[I]t is certainly true that our governmental and health authorities have not covered themselves with glory in their management of information around Covid … [W]hen we saw last summer health authorities saying that it was okay to cast aside their warnings against public gatherings, for the sake of attending George Floyd protests, that instantly discredited them in the eyes of many of us. These things really do matter. At the same time public health authorities are giving warnings about Covid, and liberals are demanding that we TRUST THE SCIENCE, we are seeing things like the American Medical Association say that we should do away with “male” and “female” on birth certificates, because sex doesn’t exist. Now, it is perfectly possible that medical authorities could be telling the truth about how to deal with Covid, and be completely bonkers and politicized about sex and gender. But normal people see how quickly doctors are falling for the trendy ideologization of medicine, and wonder how much they can be trusted on anything.

Similarly, it is entirely possible that school systems are correct to mandate masks for students coming back to school in the time of the Delta variant. But when many school systems are also mandating teaching of radical neoracist ideologies based on Critical Race Theory, normal people can’t be faulted for doubting the judgment of those authorities.

I could cite examples all day. The point is this: authority is not the same thing as power. An institution that has squandered its authority has nothing left but power. And if it doesn’t have power to coerce others — as in today’s churches — what does it have? If it does have the power to coerce others, including those who don’t accept its authority, it risks being or becoming a tyranny.

You could say that the total information environment is good in that it compels institutions to become more honest and competent. Maybe. But humans are not machines. We are going to fail. If we live in a society where people regard all human failure as malicious, and freak out completely in the face of it, we aren’t going to make it. …

Wokesters, a/k/a the Successor Ideology, is the current and is like a low-stage cancer, and the body politic has awakened to their presence and is responding. Left illiberalism has lost the element of surprise (surprise that it so swiftly leapt from the Ivy Tower to the street), and faces increasing resistance in the culture.

The more radically Trumpist Right, is an institutional disinformation organization, "flooding the zone with shit" about "rigged" elections and either violently seizing power or having red-state legislatures replace Democrat electoral winners with Republican losers. That’s more like an impending massive heart attack.

(Summarizing a portion of Monday’s Advisory Opinions podcast with Jonathan Rauch, author of The Constitution of Knowledge.)

This was an excellent discussion, including Rauch’s admiration for NIH head Francis Collins, who led the mapping of the human genome and is a faithful Christian. Looking at the considerable numbers of thoughtful believers in contrast to his contentedly-atheist self, Rauch hypothesizes that his atheism is perhaps like color-blindness.

That seems like a pretty good analogy, in part because a person who isn’t color-blind cannot with integrity deny the distinction between, say, red and green.

There has been a lot of stupid, stupid stuff written about Hungary, Viktor Orbán, and some admirers on the American Right. 20 Hungarian Lessons the West Is Still Missing is a smart, balanced, longish piece written by Eric D’Amato, who knows Hungary well from 15 years there.

It’s embarrassing that so little commentary comes anywhere near this level, but I guess there must be loudly stupid things written on minor topics before there’s a market for smart ones.

After a long quote from a bitter, bitter blog from an ex-soldier who deployed twice to Afhanistan, Rod Dreher demurs just a teensy bit:

I think Joe Biden deserves criticism for the terrible way his administration handled the endgame. But Joe Biden didn’t lose this war. This war was lost not the day George W. Bush decided to attack Afghanistan — the Taliban government deserved it for harboring Osama bin Laden — but rather on the day that George W. Bush decided that we were going to nation-build in Afghanistan.

Dreher then goes on to quote a 2002 column that predicted, with what we now can all see was extreme accuracy, how our Afghanistan adventure could not and would not end well.

The neocon hatred for paleocons like Pat Buchanan, the author of that 2002 column, knows no bounds. I look forward to David Frum, one of the former, writing a ‘splainer in the Atlantic on how the débâcle is all Buchanan’s fault for not joining the imperialist cheer squad.

And I should add that Donald J. Trump, in addition to appointing a bunch of very good Federal judges (all of whom, remarkably, have "betrayed" him by staying faithful to their oaths of office) deserves credit for not starting any more of these perverse wars, as he promised (or at least implied) he wouldn’t.

Andrew Cuomo Resigned Because the Democrats Aren’t a Cult
Normal political parties can police their own.

Within hours of the attorney general’s press conference last week, the president of the United States, leading Democrats in Washington, and key members of the New York State Assembly had called on Cuomo to step down. With polls showing a majority favoring resignation, pressure in Albany mounting, and defenders dwindling, attempting to hang on would have been maximally risky. That made Cuomo’s decision a no-brainer.

The contrast with the Republican Party couldn’t be sharper.

Since Donald Trump’s hostile takeover of the party in 2016, the GOP has adopted an ethos of merciless bellicosity. Fighting is what counts and what gets rewarded. Sacrificing for the sake of principle is denigrated and dismissed. To resign is to give up power voluntarily. It’s therefore a choice reserved only for suckers and chumps.

Add in the cult of personality that has accompanied this shift in moral orientation and we’re left with a party overwhelmingly predisposed to forgive transgressions of the most charismatic and politically potent members of the team.

There was a time when I said I listened to NPR news because it made me feel at least a little bit smarter, whereas most network and radio news was stultifying.

Well, I haven’t been listening to much news, but I went back to NPR today, only to be teased for a story on the increasing hospitalization rates for "pregnant people" with Covid.

It’s weird when no broadcast news is helpful. I’ve heard that BBC World News remains excellent, but they spend so much time on in-depth stories from halfway around the world — stories that (this probably means I’m a bad person) just are not all that keenly interesting to me.

Sex-Toy Makers Lovehoney, WOW Tech Merge in $1.2 Billion Deal as Lockdowns Spur Demand
Germany’s WOW Tech Group and U.K.-based Lovehoney said they have agreed to merge in a deal that values the combined company at around $1.2 billion, as the pandemic helps fuel global demand for sex toys.

I guess if you’re the Wall Street Journal, you report all kinds of business news. (August 12 digital edition). It makes one excited at the news possibilities should prostitution be legalized. 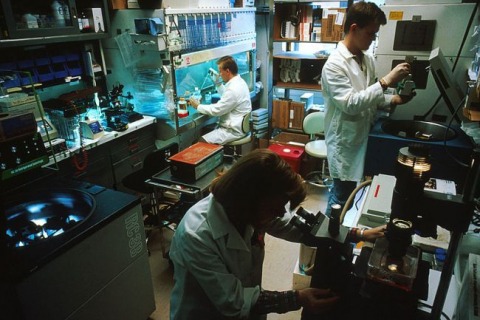 Here is the evidence that trans women are really women, and that trans men are really men: They say they are. This has been confirmed in study after study. So stop opposing Science, bigots.

I have had it with Rand Paul.