Things I won’t do

I haven’t been willing to invest the time to gain pop-culture literacy, but the way Alan Jacobs uses Walter White’s decision to hold Krazy-8 captive in a basement, I kinda wish I knew more about Breaking Bad.

> I think I better understand the Republican capitulation to Donald Trump when I think of their decision to nominate him as the GOP Presidential candidate in 2016 as the equivalent of Walter White’s decision to hold Krazy-8 captive in a basement.  > > 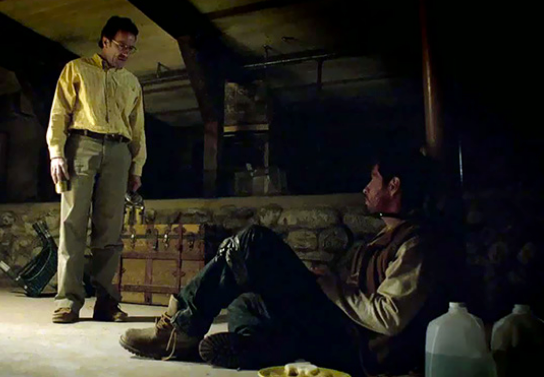 > > I mean, it seemed like a good idea at the time — it seemed like the only real option. But then, once you have him in the basement, what do you do with him? Until you decide, you are as much his prisoner as he is yours.

Something the New York Times won’t do

First, Bari Weiss, now Elizabeth Bruenig. It’s not good enough to be a center-left same-sex married bisexual (though Weiss shuns sexuality labels) or a progressive Catholic; if you’re not totally, unequivocally committed to the successor ideology, you’re not welcome in the trenches of the newspaper of record.

What will it take for New York Times’ management to wrest control back from the toxic Jacobins in the newsroom?

One of two choirs I sing in, Lafayette Master Chorale, is announcing on Thursday our return and our concert schedule for 2021-22 — after abruptly ceasing rehearsals and concerts 14 months ago. We’ve missed singing. We believe and hope that our patrons have missed us.

We also just released our virtual recording As If We Never Said Goodbye, a piece we’ve never rehearsed or performed together:

The conjunction is kinda magical.

> What is to become of the Republican Party? It will either break up or hold together. If the latter, it will require time to work through divisions; there will be state fights and losses as the party stumbles through cycle to cycle. But in time one side or general tendency will win and define the party. Splits get resolved when somebody wins big and nationally. Eisenhower’s landslides in 1952 and ’56 announced to the party that it was moderate. Reagan’s in 1980 and ’84 revealed it was conservative. The different factions get the message and follow the winner like metal filings to a magnet. > > The future, according to this space, is and should be economically populist and socially conservative. > > The future GOP, and the current one for that matter, is a party of conservatism with important Trumpian inflections. The great outstanding question: Will those inflections be those of attitude—wildness, garish personalities and conspiracy-mindedness? If so, the party will often lose. Or will the inflections be those of actual policy, in which case they will often win? > > … > > One of the scoops of the Cheney drama was when the Washington Post reported that in a briefing at an April GOP retreat the National Republican Congressional Committee hid from its members polling information on battleground districts. That information showed Mr. Trump’s unfavorable ratings were 15 points higher than his favorable ones: “Nearly twice as many voters had a strongly unfavorable view of the former president as had a strongly favorable one.” Bad numbers had been covered up before. Ms. Cheney concluded party leadership was willing to hide information from their own members to avoid acknowledging the damage Trump could do to Republican candidates. ate Peggy Noonan (UPDATE: Link switched from WSJ to her blog, which doesn’t have a paywall.)

How the GOP Could, In A Parallel Universe, Deserve to Win

> The Tories now have a 15-point lead over Labour in the polls. Blair noted Boris Johnson’s achievement: “The Conservative parties of Western politics have adapted and adjusted. But by and large they’re finding a new economic and cultural coalition.” > > This too is in the GOP’s grasp. The party did much better in the last election than anyone thought in the House and would have held the Senate without Trump’s antics in Georgia. > > … > > And here’s how you get that to stick with Trump voters. Credit him for bringing some newly potent issues to the fore — mass immigration, trade, the culturally left-behind, woke authoritarianism, non-interventionism in foreign policy, new wariness of China. Thank him, but stress the need to move forward. The truth is: Trump may have been helpful in creating a new Republican politics, but he did so entirely in service to his own vainglory. There is, in fact, no future path forward for Trumpism if Trump sticks around. Absorbed entirely into one man’s ego, the GOP is simply a backward-looking grievance and conspiracy machine, driven not by policy but by Trump’s own psychological inability to concede defeat.

Andrew Sullivan (emphasis added). I had not thought about it, but it is becoming received wisdom among anti-Trump and NeverTrump Republicans that his undermining of the integrity of the electoral system suppressed Republican voting in Georgia enough to cost them the two Senate seats. Considering how close both races were, that’s very plausible.

And the GOP clings to him still.

> Here’s what this really comes down to. Cheney’s ouster is about one thing, and one thing only: Liddle Donny Trump’s feelings. Liddle Donny couldn’t take the fact that “Sleepy Joe” wiped the floor with him in November … Liddly Donny is throwing a tantrum down in South Florida, and all of his butt boys in Congress are rushing to coddle him.

Trump’s right. The election was fraudulent.

> DENVER – A Colorado man suspected in the death of his wife, who disappeared on Mother’s Day 2020, is also accused of submitting a fraudulent vote on her behalf for Donald Trump in November’s presidential election, newly released court documents show. Barry Morphew told investigators he mailed the ballot on behalf of his wife, Suzanne Morphew, to help Trump win, saying “all these other guys are cheating,” and that he thought his wife would have voted for Trump, anyway, according to an arrest warrant affidavit signed Thursday.

Wire Reports in the Lafayette Journal & Courier, May 15.