The same reasons Darrell Bock cites for the reliability of the Gospels apply to Holy Tradition generally. Not only did the same sort of process apply to the what the Apostolic Fathers (those who knew the Apostles) were taught (“traditioned”), but the teachings were committed to writing in the services of the Church.

Scripture is vital, but “sola scriptura” is, ironically, unbiblical (in addition to common arguments for it being versions of what Bock debunks). 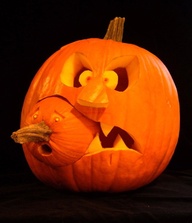 As I said, Community-Supported Agriculture cheers me up. Here’s a rising local example, whose open house I’d like to attend. Maybe you would, too.

I am a retired lawyer and an Orthodox Christian, living in a collapsing civilization, the modern West. There are things I'll miss when it's gone. There are others I won't. That it is collapsing is partly due to calculated subversion, summarized by the moniker "deathworks." This blog is now dedicated to exposing and warring against those deathwork - without ceasing to spread a little light.
View all posts by readerjohn →
This entry was posted in Creation Care, Faith & Ideology, Playful. Bookmark the permalink.
%d bloggers like this: